An infection occurs when another organism enters your body and causes disease. The organisms that cause infections are very diverse and can include things like viruses, bacteria, fungi, and parasites.

infection can occurs in many different ways, such as directly from a person with an infection, via contaminated food or water, and even through the bite of an insect. 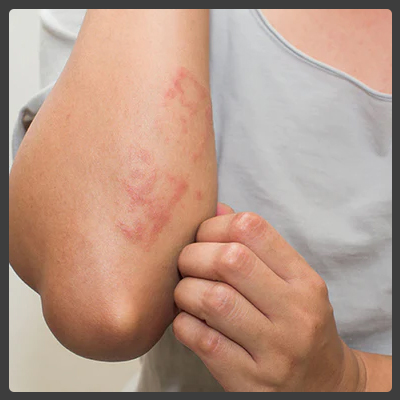 Viruses are very tiny infectious organisms. They’re even smaller than bacteria. On the most basic level, a virus is composed of a piece of genetic material that’s surrounded by a protein shell. Some viruses may have an additional envelope or other features on their surface.

Viruses are parasitic and require a host cell in which to carry out their life cycle. Once the virus has entered the host cell, it’s able to use cellular components to reproduce. New viruses are released from the host cell, a process that’ll sometimes cause the host cell to die.

Some examples of viral infections include:

Bacteria are single-celled microorganisms. They’re very diverse, coming in a variety of different shapes and sizes.

Bacteria can be found in all sorts of environments, including soil, bodies of water, and in or on our bodies. Some can survive extreme temperatures or even radiation exposureTrusted Source.

Although there are a great many bacteria in and on our bodies, these bacteria often don’t cause disease. In fact, the bacteria in our digestive tract can help us digest our food.

However, sometimes bacteria can enter our bodies and cause an infection. Some examples of bacterial infections include:

Fungi are another diverse group of organisms that can include things like yeasts and molds. They can be found throughout the environment, including in the soil, indoors in moist areas like bathrooms, and on or in our bodies.

Sometimes fungi are so small that you can’t see them with the naked eye. Other times, you’re able to see them, such as when you notice mold on your bathroom tile.

Not all fungi can make you ill, but some examples of fungal infections include:

Parasites live on or in a host organism and get food or other nutrients at the host’s expense. There are three types of parasites that can cause illness in humans:

Some examples of infections that are caused by parasites include:

The symptoms of an infection can vary depending on the type of infection that you have. Some general symptoms that can indicate you may have an infection include:

Some, but not all, infections can spread when you come directly into contact with a person who has an infection, whether through touching, kissing, or having sex.

Direct contact with the bodily fluids of a person who has an infection can also spread infections in some instances. This can include things like:

Lastly, some infections can be spread directly from an infected mother to her child either through the placenta or during childbirth.

Some infectious organisms can be found throughout your environment. You can come into contact with these things and then spread the infection to yourself.

A common example of this is when someone with the flu coughs or sneezes. Influenza virus can then be present in the air or on objects such as door and faucet handles. If you touch a contaminated object and then touch your face, mouth, or nose, you may become infected.

THROUGH CONTAMINATED FOOD OR WATER 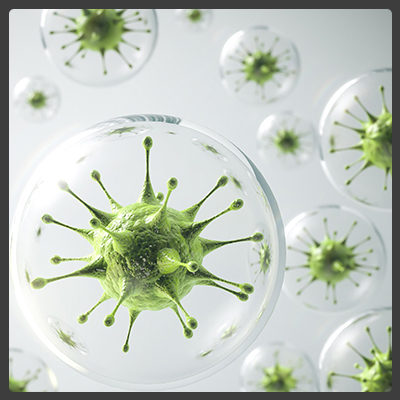 In some cases, food or water may be contaminated with infectious organisms. You can get these infections by consuming things like:

FROM AN INFECTED ANIMAL

Another example is toxoplasmosis. You can come down with this parasitic disease from changing an infected cat’s litter box.

FROM A BUG BITE

There are many different types of biting bugs, including ticks, mosquitoes, and lice. In some cases, you can get an infection if a bug carrying around an infectious microorganism bites you. Some examples include malaria, Lyme disease, and West Nile Virus.

ALL INFECTIONS ARE DIFFERENT

Some infections have very characteristic symptoms. Your doctor may be able to make a diagnosis based off of these symptoms, your medical history, and a physical examination.

In other cases, it can be hard to determine what type of organism may be causing your condition. For example, some bacterial and viral infections can have very similar symptoms.

In cases where it’s unclear what’s causing your infection, your doctor may take a sample from your body to be tested in a laboratory. Where this sample is collected from depends on your illness and the type of organism suspected. Some sample types can include:

There are many actions that you can take to prevent the spread of infections. Be sure to follow the tips below:

Homeopathy is one of the most popular holistic systems of medicine. The selection of remedy is based upon the theory of individualization and symptoms similarity by using holistic approach. This is the only way through which a state of complete health can be regained by removing all the sign and symptoms from which the patient is suffering.   treatment that can be selected on the basis of cause, location, sensation, modalities and extension of the complaints. Some important remedies are given below :