Filariasis is caused by several round, coiled and thread-like parasitic worms that belongs to the family filaridea. These parasites penetrate the skin either   their own or through the opening created by mosquito bites to reach the lymphatic system.

The disease is caused by the nematode worm, either Wuchereria bancrofti or Brugia malayi and is transmitted by mosquito species Culex quinquefasciatus and Mansonia  annulifera/M.uniformis respectively.

The disease generally presents with the symptoms like swelling of legs, and hydrocele and can cause a raft of societal stigma.

Lymphatic Filariasis (LF) is  commonly known as elephantiasis. It is a disfiguring and disabling disease, which is generally  aquired in childhood. In the early stages,though there are either no symptoms or non-specific symptoms, the lymphatic system is damaged. This stage can last for several years. Infected persons sustain the transmission of the disease. The long term physical consequences are painful swollen limbs (lymphoedema or elephantiasis). Hydrocele in males is also common in endemic areas. 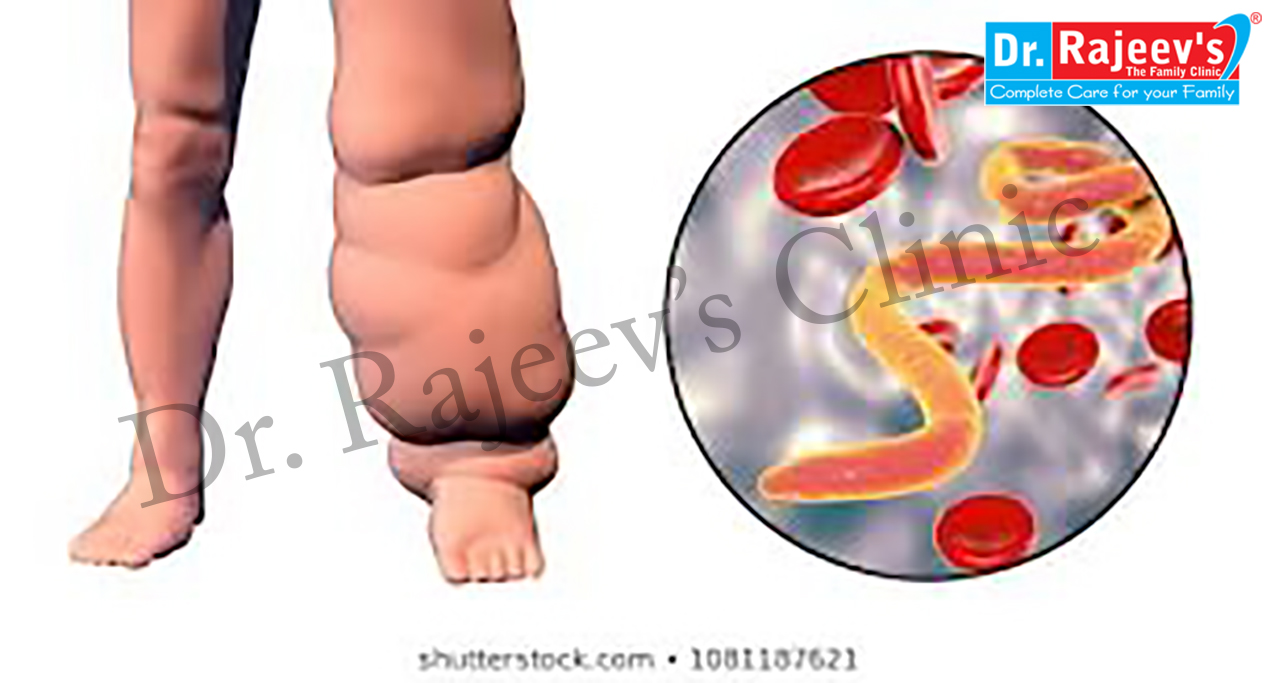 Lymphatic filariasis infection involves asymptomatic, acute, and chronic conditions. The majority of infections are asymptomatic, showing no external signs of infection, although their blood is positive for microfilaria. This stage may lasts for months.

Chronic condition shows  oedema with thickening of the skin and underlying tissues   (the classical symptom of filarasis).

It usually affects the lower extremities. However, the arms, vulva, breasts and scrotum (causing hydrocele formation) can also be affected.The oedema  in the extremities, breast or genital area can result in the part becoming  several times its normal size and is due to blockage of the vessels of the lymphatic system.

When an infected mosquito bites a healthy person, the larvae called microfilariae move into the lymphatics and lymph nodes.  Here, they develop into adult worms and may persist for years.

The adult parasite, in turn, produces more microfilariae. These microfilariae circulate in the peripheral blood usually in the night, and are sucked by the mosquitoes during a bite.   The same cycle is then repeated in another healthy individual.

Homeopathic treatment helps only reduce the frequency of Filariasis infection to certain extent. Once Elephantiasis takes place, that is, in the cases with large swelling of limps, legs, hands, genitals, etc. homeopathic medicines do not or cannot cure the swollen body parts.