Obsessive Compulsive Disorder or OCD (OCN) is an anxiety disorder where the patient experiences intrusive irresistible thoughts (obsession) that produces anxiety, fear, uneasiness. Patient ends up doing repetitive behavior (compulsion). Patient may realize that their thoughts and actions are irrational and may become further distressed. It is also called Obsessive Compulsive Neurosis (OCN). 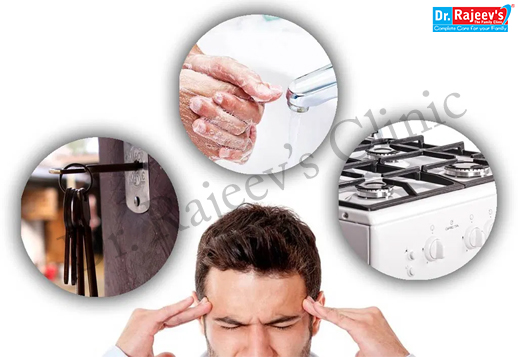 It is diagnosed on the basis of symptoms. There are also some assessment tools to diagnose OCD. These tools include questions and the answers by patients are given rating scales concluding the severity of disease.

Useful for obsessive compulsive disorder for them who are very conscious about the order of things and cannot rest if the things are not in their proper place. This compulsion can go to such an extent that even if a painting hanging on the wall is slightly tilted, the mind does not rest till it is properly placed and the patient leaves every other work for this.Also useful when there is demand of neatness in clothing.

Useful for Obsessive Compulsive Disorder for patients who are very concerned about cleanliness and want a specific pattern to be followed not only in placing things, but also in their dressing style. Recommended when person always like color matching while dressing up and also when decorating the room. They demand perfection in every work done to such an extent that it does not seem or look normal.

Useful for Obsessive Compulsive Disorder for those who are obsessed with the idea that thieves may strike and repeatedly check the locks of doors. The obsession is so persistent that the patient even has dreams of thieves in the house and wakes up to check the doors again and again.

Useful medicine for Obsessive Compulsive Disorder for those who feel the compulsion to wash their hands again and again due to the persistent thought of getting their hands contaminated or dirty by touching any object. There is feeling that germs are present on each and every object and get into the habit of washing hands at very short intervals,