Homeopathy Treatment for Migraine in Ranchi/Delhi

A migraine is a headache that can cause severe throbbing pain or a pulsing sensation, usually on one side of the head. It is often accompanied by nausea, vomiting, and extreme sensitivity to light and sound.

It can progress through four stages: 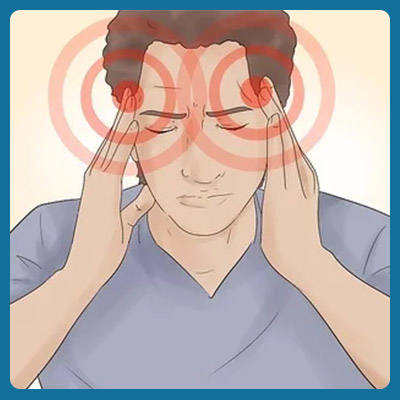 Not everyone who has migraines goes through all stages.

One or two days before a migraine, one might notice subtle changes that warn of an upcoming migraine, including:

For some people, aura might occur before or during migraines. Auras are reversible symptoms of the nervous system. They are usually visual, but can also include other disturbances. Each symptom usually begins gradually, builds up over several minutes and lasts for 20 to 60 minutes.

Examples of migraine aura include:

A migraine usually lasts from 4 to 72 hours if untreated but it varies from person to person. Migraines might occur rarely or strike several times a month.

The exact cause of migraine is unknown.It my be genetics or environmental factors my be the cause. Some changes in the brainstem and its interactions with the trigeminal nerve is a major pain pathway which might be involved. So might imbalances in brain chemicals including serotonin, which helps regulate pain in our nervous system.

There are so many trigger factors for Migraine,including 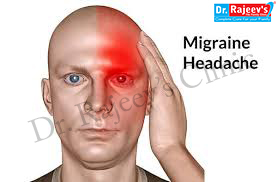 Glonoinum : Most helpful medicine for migraine with excessive congestion in the head. There is feeling that head feels very large, as if it would burst. There is extreme heaviness in the head.Given when Uncovering the head relieves the headache. Very-very helpful for migraine when triggered by sun exposure.

EPIPHEGUS : Very useful for migraine which is caused by mental or physical exhausation. Useful where the slightest deviation from routine work brings on a migraine attack.Helpful for both sided migraine but comparatively better work in left-sided headaches.Most recommended when migraine is associated with increased saliva with constant inclination to spit.

BELLADONNA : Very helpful for migraine headaches with intense throbbing, pulsating headaches.There is an extreme fullness in the head.

RL-6 : For Migraine and Headache