A female came to me with an Anxiety problem with difficulty sleeping. She is also having weight loss problems in spite of having a good appetite. She also has an irregular period with a gap of 3 months. Her ultrasound was normal and her CBC is also normal. By observing her mental symptoms I suggested she have a THYROID TEST. On the report, I found that she is having a high TSH Value-27.32. According to her report n symptoms totality, I started her treatment with IODUM 200 and continued her treatment. After 8 months of treatment, her TSH became normal to 6.20 and this case is cured by homeopathic medicine. 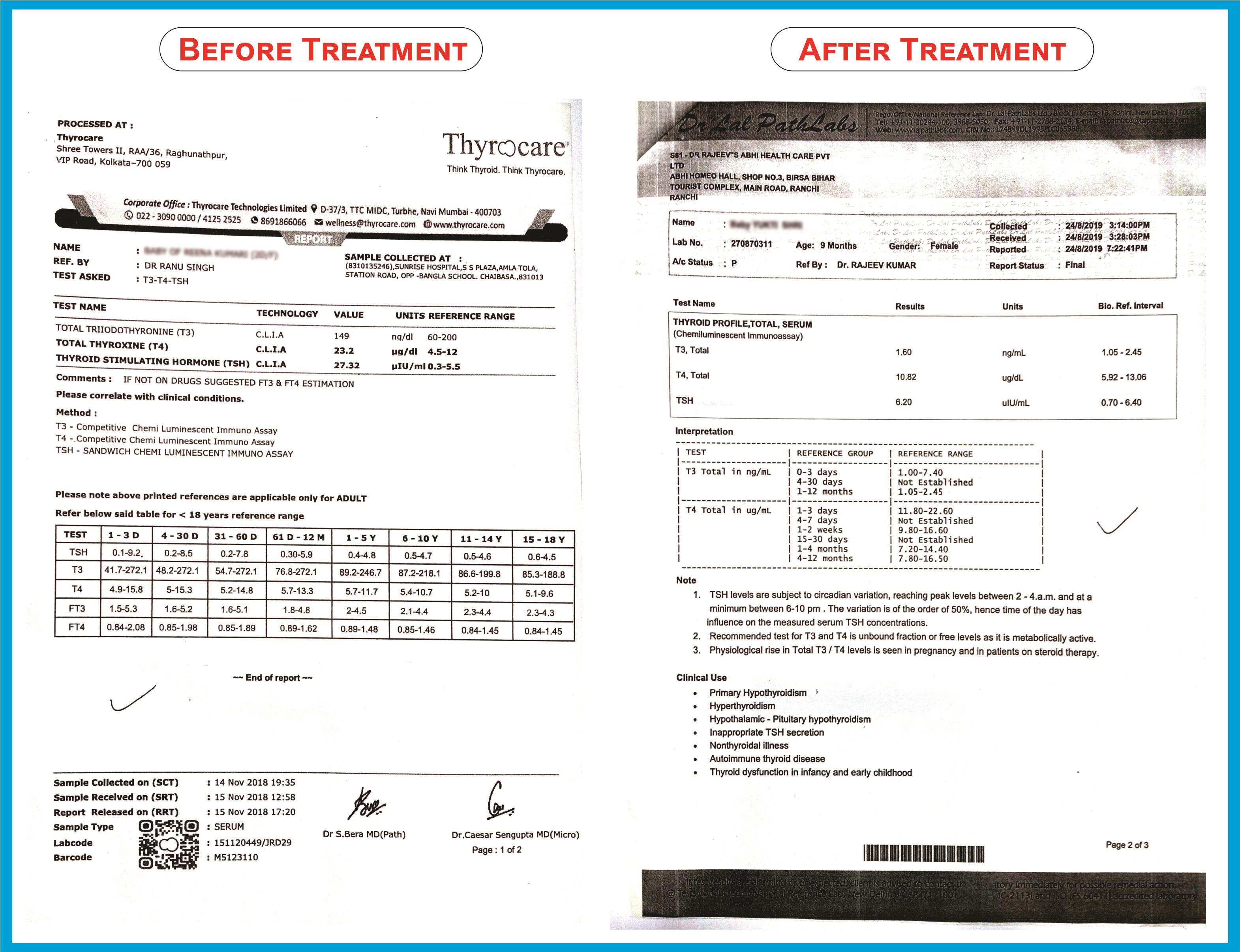