A patient complains of repeated calls to urination but incontinences is unusual and only amounts to dribbling. The condition is INCREASED FREQUENCY OF MICTURITION.

This is a very common complaint. The patient can hold his urine but the calls to urinate are too frequent and sometimes they are so urgent that a few drops dribble away before any arrangement to pass can be made.

Stress incontinence indicates that any sudden strain like, emotion , laughing, crying, coughing will cause dribbling. Four to five hours is a fair interval  between two acts of micturition. Women can hold urine for a longer time than men, say even upon ten to twelve hours.

Urination is a complex process, involving various body systems. A range of changes can make the urinary system more active. 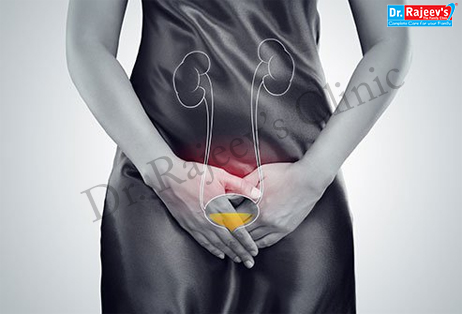 Lifestyle-based causes include drinking a lot of fluids, especially if they contain caffeine or alcohol. At night, this can interrupt the sleep cycle with urges to urinate. Frequent urination can also develop as a habit.

However, it can be a sign of kidney or ureter problems, urinary bladder problems, or another medical condition, such as diabetes mellitus, diabetes insipidus, pregnancy, or prostate gland problems.

Other causes or related factors include:

One of the main symptoms of polyuria is urinating frequently. If there are other symptoms, they may indicate another, possibly more serious condition.

Nocturia, for example, is the need to urinate at night, during the sleep cycle. This can be a symptom of diabetes insipidus or diabetes mellitus.

Other symptoms that may need further attention include:

If other symptoms are present, or if urinary frequency is affecting quality of life, it is a good idea to see a doctor.

Frequent urination can indicate a kidney infection, for example. Untreated, this can permanently damage the kidneys. In addition, the bacteria that cause the infection can potentially enter the bloodstream, infecting other areas of the body.

This can become life-threatening, and it needs attention.

There is frequent urge to pass urine and when the urine passed is very large in quantity. This symptom may be most often disturbing at night. The urine passed is mostly clear. Equisetum Hyemale is also the ideal remedy when the desire to micturate or urinate is intolerable and sudden.

2. Cantharis - there is a constant need felt to pass urine but the urge is almost ineffectual as it is renewed soon after urinating and the person is not satisfied.There is burning  present before, during and after urination.

3. Merc Cor - There is constant urge which is ineffectual as it is renewed soon after urinating and the person is not satisfied. In this remedy burning in urethra is marked before urination. Other common symptoms for using these remedies include blood in urine and hot urine. The urine is also scanty or it is passed drop by drop.

4. Lycopodium - For Frequent Urination at Night

Lycopodium stands out as the best natural treatment for frequent urination at night. The person needing Lycopodium frequently wakes up at night to pass urine.The urine passed may be scanty or large in quantity, but night aggravation is marked.