Guttate psoriasis is a skin condition in which small, droplet-shaped, red patches appear on the:

“Guttate” stems from the Latin word for “drop.” It’s the second most common form of psoriasis. Psoriasis is an inflammatory skin condition that causes skin redness and irritation. It typically affects children and adults ages 30 and younger. 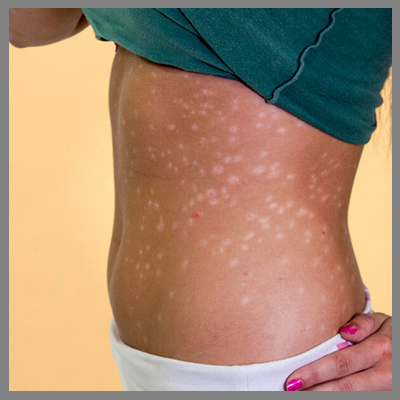 Respiratory illnesses or viral infections are common triggers. According to the National Psoriasis Foundation (NPF), about 8 percent of people who have psoriasis will develop this type of psoriasis.

Unlike plaque psoriasis, which has raised lesions, guttate psoriasis causes spots that aren’t very thick. Spots are also typically small. They may have a covering of thin, flaky skin called scales.

Guttate psoriasis flare-ups are often sudden. The breakouts typically involve small, red marks that intensify and expand. They can cover large portions of the body or may remain in smaller patches.

The real cause of psoriasis is unknown. Research indicates that it’s an autoimmune disorder. This means that the body’s natural defense system attacks healthy cells.

In psoriasis, the immune system targets the skin, which results in a rapid growth of skin cells. This causes the redness and flaky skin typical of psoriasis.

According to the NPF, certain factors may trigger a guttate psoriasis outbreak, such as:

Guttate psoriasis isn’t contagious. It can’t spread to others through skin-to-skin contact. Spots often clear up with minor treatment. Guttate psoriasis may be a lifelong condition for some, or it may appear later as plaque psoriasis.

NATRUM MUR:-Useful for guttate psoriasis when there is dry psoriatic patches mostly on the scalp, hairy margin, behind the ears, bends of joints and most of the exposed areas of skin. Useful for dry lesion and the skin peels easily. There is an unusual craving for salt and salty things which usually aggravates the itching. Useful when persons may also experience an increase in the symptoms when they go to a hot, humid climate as found in coastal regions.

SEPIA:- Very useful for guttate psoriasis in females who are in the menopausal or post-menopausal phase.  There may be an uncontrollable desire to scratch as there is an excessive itching.Very useful when continued scratching gives rise to a sore, burning sensation in the affected part.There is an extremely bad smell emanating from the skin. Best suited for that women who don’t demonstrate any feelings or emotions towards their family members, have lost all interest in their profession and take umbrage easily. Useful when patient may cry at every little thing and is extremely moody and irritable.

SILICEA:-  Useful for guttate psoriasis for patients who have lesions that are tiny and look rosy red in color. As the lesions become old, the color changes to dark brown and then form into dry and white scales. There is an offensive foot sweat. Useful for person who feel extremely cold and cannot tolerate even the mildest form of cold. Useful when lesions may itch only in the day time and the patients feel better in the evening and night.