Whooping cough (pertussis) is a highly contagious respiratory tract infection which is marked by a severe hacking cough followed by a high-pitched intake of breath that sounds like "whoop."

Once  infected with whooping cough, it takes about seven to 10 days for signs and symptoms to appear, though it can 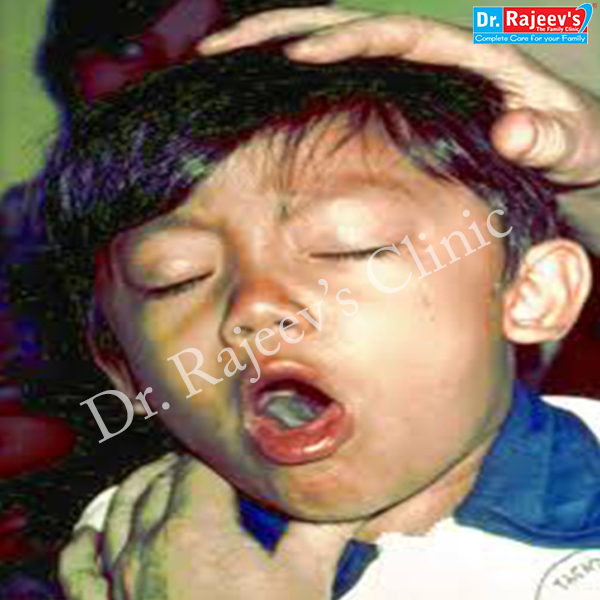 sometimes take longer. They are usually mild at first and resemble those of a common cold:

After a week or two, signs and symptoms worsen. Thick mucus accumulates inside the airways, causing uncontrollable coughing. Severe and prolonged coughing attacks may:

Infants may not cough at all. Instead, they may struggle to breathe, or they may even temporarily stop breathing.

Whooping cough is caused by a type of bacteria called Bordetella pertussis. When an infected person coughs or sneezes, tiny germ-laden droplets are sprayed into the air and breathed into the lungs of anyone who happens to be nearby.

The whooping cough vaccine is receive as a child eventually wears off. This leaves most teenagers and adults susceptible to the infection during an outbreak and there continue to be regular outbreaks.

Infants who are younger than age 12 months who are unvaccinated or have not received the full set of recommended vaccines have the highest risk for severe complications and death.

Teens and adults often recover from whooping cough with no problems. When complications occur, they tend to be side effects of the strenuous coughing, such as:

In infants especially those under 6 months of age complications from whooping cough are more severe and may include:

Because infants and toddlers are at greatest risk of complications from whooping cough, they're more likely to need treatment in a hospital. Complications can be life-threatening for infants younger than 6 months old.

The best way to prevent whooping cough is with the pertussis vaccine, which doctors often give in combination with vaccines against two other serious diseases — diphtheria and tetanus. Doctors recommend beginning vaccination during infancy.

The vaccine consists of a series of five injections, typically given to children at these ages:

Side effects of the vaccine are usually mild and may include a fever, crankiness, headache, fatigue or soreness at the site of the injection.

Very useful for whooping cough with dry, irritating and spasmodic cough in which paroxysms follow each other rapidly.Recommended when patient can scarcely breathe and cokes.Useful for deep and hoarse cough which is worse after midnight.

Useful for whooping cough with dry, spasmodic, suffocative cough with great sensitiveness of the air passages. Mostly given when patient feels cold on inspiration.

Useful for whooping cough when the patient presents with dyspnoea with a complete inability to exhale. There is Violent suffocative, spasmodic and nervous cough aggravated while talking.

Useful for hemoptysis when there is burning and stinging in throat, followed by stitches and dryness. Recommended when Larynx is painful, dry, constricted which is worse on touch, swinging or swallowing Also useful when there is constantly needs to clear the throat