SARS is a short form for Severe Acute Respiratory Syndrome. SARS is a respiratory disease never known to the medical world before it was first reported earlier in March 2003. SARS was reported first in Guangdong Province (China), Hanoi (Vietnam) and spread to Hong Kong, North America. As on the 1st April, 2003, there are about 70 cases reported in the US. The disease is reported to have spread to several countries, mainly through travelers.

As on 6th April 2003, four more people, including three in Hong Kong and one in Canada. Hong Kong has reported 39 new cases of SARS bringing its total to 800 people infected. At least 79 people have contracted the virus in Canada, the worst affected country outside Asia. So far SARS has killed over 90 people and infected 2,300 people worldwide.

The medical world knows little about this condition, as it is a disease of recent origin. The World Health Organization (WHO) and The Centers for Disease Control and Prevention (CDC), is a US Government recognized institute in Atlanta, have released information on SARS. 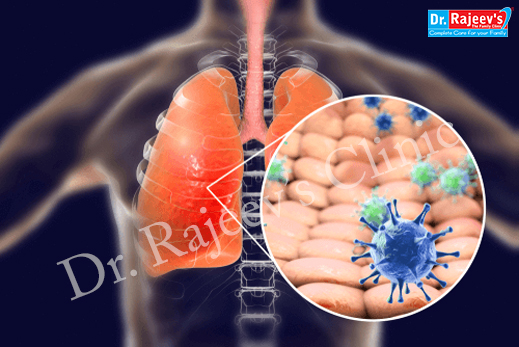 In two patients suffering from SARS, the CDC has detected a virus called coronavirus, which was never found in humans earlier. Corona means a crown. The virus has crown (=corona) like shape, hence labeled as Corona virus. It must be noted that the link of SARS with corona virus is still not well understood, and there is a possibility of SARS to have causes other than the so-called coronavirus. Based on the symptoms observed in a few patients with SARS, it appears that the symptoms are similar to flu (influenza) and pneumonia (inflammation of the lungs). The ailment clinically could be called as Atypical Pneumonia and Atypical Influenza.

As observed in some patients evaluated by CDC and the WHO, the symptoms are as under:

Within 2 to 7 days of exposure to the infection, the symptoms may begin with low-grade fever, which may be 100.4 or more. Fever may be associated with chills, headache, body ache, malaise, and weakness. Since the virus seems to affect the respiratory tract, the patient may experience difficulty in breathing and respiratory distress. Due to the affection of the respiratory tubes by the virus, there is insufficiency of oxygen, which leads to difficulty in breathing. In 10 to 20 % of the cases reported so far, severe respiratory distress has been observed, requiring mechanical ventilator. Dry cough is an associated symptom The symptoms as above are similar to influenza (flu) and pneumonia; typical of any virus infection.

Homeopathic treatment depend upon totallity of symptoms and individuality of patient which include constitution,physical and mentle symptoms of the patient.