It can be any type or subtype of lung cancer that began in the bronchi and bronchioles, the passageways to the lungs. 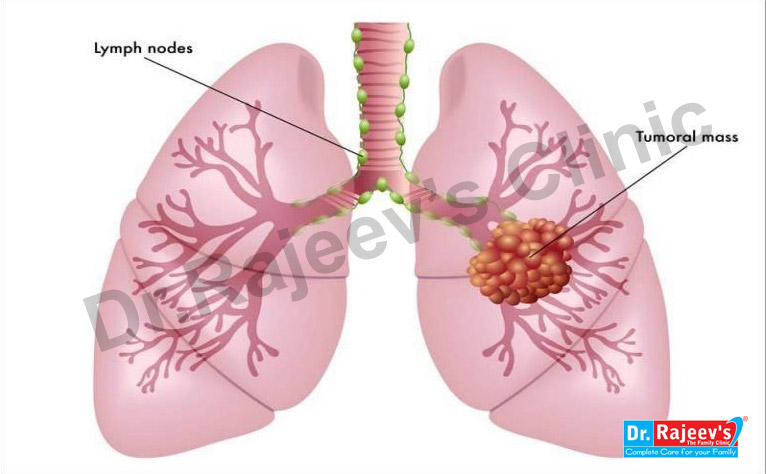 Early symptoms of bronchogenic carcinoma can be so mild that they don’t ring any alarm bells. Sometimes, symptoms are not noticeable until the cancer has spread.

Most common Symptoms of lung cancer:

Symptoms that cancer has spread may include:

It begins when cells in the lung start to mutate. Instead of dying off as they should, the abnormal cells continue to reproduce and form tumors.

The most common cause is

2. Exposure to radioactive gas that can come up through soil and into buildings.

3. Breathing in hazardous chemicals such as asbestos, arsenic, cadmium, chromium, nickel, uranium, and some petroleum products

4. Exposure to exhaust smoke and other particles in the air

5. Genetics; a family history of lung cancer may place you at higher risk

6. Previous radiation to the lungs

7. Exposure to high levels of arsenic in drinking wate

If cancer is detected, the pathologist will also be able to identify which type of lung cancer it is. Then the cancer can be staged. This may require additional testing such as:

Treatment for lung cancer varies according to the specific type, stage and our overall health.Homeopathic treatment depends upon symptoms totality including physical,mentle,constitutional symptoms with modalities.

Some of the useful medicines are : Antimonium chloratum,Arsenicum album, Asterias Rubens, Carbo Animalis, Cistus, RL 10 or As Directed by Physician.