Dysgeusia is an altered sense of taste. It has a variety of different triggers. Some of the causes like the common cold resolve on their own, while others like dementia are chronic illnesses.

Taste distortion is typically very noticeable. Most people with this condition describe very specific and unusual tastes. In some cases, when it is not clear whether one have an impairment of taste or smell. 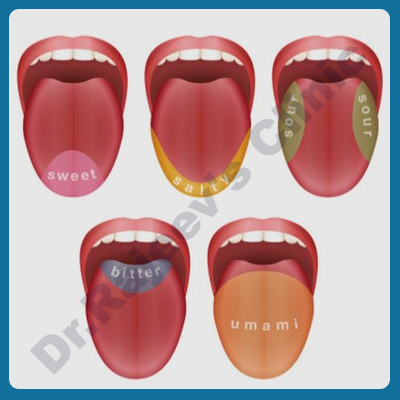 It is also important to get a diagnosis for the cause of symptoms, especially if the cause of  dysgeusia is not something obvious like a cold sore or pregnancy. Most conditions that impair taste, such as vitamin deficiencies, can be treated. And often, your sense of taste will improve after treatment.

An altered sense of taste can affect while some one eating or drinking and even when they are not consuming anything by mouth. Some people complain of a metallic taste, a bitter taste, a salty taste, or an unpleasantly sweet taste.

It can interfere with enjoyment of all or some foods, but it rarely causes nausea. And dysgeusia often causes aversion to certain foods.

When some one experience dysgeusia for a short time, they might develop a decreased appetite. There may be losing weight even if this problem lasts for only a few days. In fact, pregnant women who experience dysgeusia often lose several pounds. However, in a healthy person, appetite is restored once dysgeusia resolves, and most people gain their weight back again. 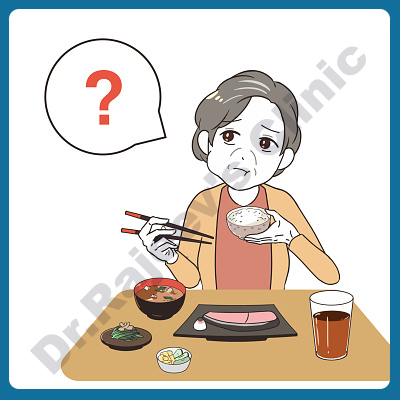 When taste distortion is caused by a long-term condition, such as diabetes1 , gastrointestinal (GI) disease, or a stroke, it can result in malnutrition. Some people lose weight.

With dysgeusia may not necessarily lose weight, but can develop a preference for unhealthy foods, which results in malnutrition even without weight loss.

There are numerous causes of dysgeusia. Some of these are related to changes in the mouth, such as a dry mouth, dental problems, or chemotherapy, while others are based on changes in the neurological aspects of taste sensation, such as pregnancy and migraines.

Common temporary causes of dysgeusia include:

The diagnostic evaluation of dysgeusia is based on determining whether some one have an altered sense of taste and identifying the cause.

There are several diagnostic tests that can be used to evaluate taste. Some of the examinations involve measuring our response upon  exposure to certain tastes. Other tests evaluate nerve function.

NATRUM MUR : Useful medicine for dysgeusia with reduced smell or loss of smell from cold, nasal allergies having a history of severe colds with clear white  copious nasal discharge.There is violent and frequent sneezing.Given when there is alternate fluent nasal discharge with nasal stoppage.Also useful when loss of taste is complained along with loss of smell.

PULSATILLA : Most suitable medicine to manage reduced / loss of smell. There is tendency of recurrent colds may be present.There is thick yellowish, greenish nasal discharge with offensive odour.Useful for dysgeusia with loss of taste and appetite too along with smell loss.

CALCAREA CARB : well-indicated medicine for cases of dysgeusia with loss of smell from nasal polyps.There is tendency to have frequent colds.There may have alternate nasal dryness and blocked nose with yellow offensive mucus. Also useful for ulceration or scabs in the nostrils.

TEUICRUM : Well indicated medicine for dysgeusia for cases of decreased or loss of smell from nasal polyps.Also useful with loss of smell and stoppage of nostrils.There is crawling sensation in nostrils with discharge of green scabs from the nostrils.

SILICEA : Helpful medicine for dysgeusia in cases of diminished or loss of smell. There is tendency of chronic cold and  sinus inflammation / infection. There is frequent cold with loss of smell includes complete stoppage of nose, sore scabs in nostrils.There is fetid offensive green or yellow pus like nasal discharge and pain in forehead. There is loss of taste along with smell loss.

KALI BICHROME : Very useful medicine for dysgeusia cases having putrid smell from the nose. There is chronic inflammation of the mucous membrane of nose and sinus is usually present.Very useful for dryness of nose,blockage of nose, pressure in root of nose and tough ropy discharges dripping from back of nostrils into the throat.

GRAPHITES : Excellent medicine for dysgeusia in cases where a person experiences a bad smell from the nose, as from burnt hair. There is discharge of thick, yellowish, offensive mucus from nose  and stoppage of nose. Useful for hard masses, dry scabs or crusts in the nostrils.

PHOSPHORUS : Useful medicine for dysgeusia where there may be long standing inflammation of the nasal membrane.Also there is sneezing with fluent nasal discharges alternating with nasal blockage. Helpful medicine where nasal polyps are present especially the ones that bleed easily.