A psychoneurosis characterized by increased imperssionability and lack of self control and manifested by a train of symptoms of most varied character.

The word hysteria originates from the Greek word for uterus, hystera. The oldest record of hysteria dates back to 1900 B.C. when Egyptians recorded behavioral abnormalities in adult women on medical papyrus. The Egyptians attributed the behavioral disturbances to a wandering uterus—thus later dubbing the condition hysteria. To treat hysteria Egyptian doctors prescribed various medications. For example, doctors put strong smelling substances on the patients’ vulvas to encourage the uterus to return to its proper position. Another tactic was to smell or swallow unsavory herbs to encourage the uterus to flee back to the lower part of the female’s abdomen.
Symptoms 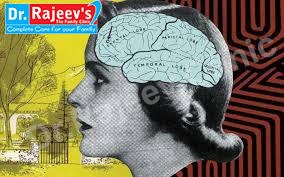 Heaviness in the Limbs, Cramps

The symptoms of hysteria include:
Wild Painful Cries, Loss of Consciousness

In severe cases, additional symptoms are noticeable; these may include:
Weakness, Emotional Instability

The physical symptoms include:
Causes

Ignatia -Ignatia is the great homoeopathic remedy for Lagrande nevrose. In its provings it is a hysterical remedy. Briefly, its symptoms are great sensitiveness to external impressions. Patients laugh and cry alternatively; the face flushes on the slightest emotion; spasmodic laughter which oftentimes ends in screaming; the globus hystericus is present and so is the clavus hystericus which shows itself as a sharp pain, as if a nail were being driven into the top of the head. Thuja has the same pain in the frontal eminence. Both Thuja and Coffea have the same pain in the occiput. In Ignatia there is an emission of a profuse, pale urine and this oftentimes relieves the headache. There are present in the Ignatia patient flatulent conditions and contortion of the muscles. The globus hystericus is found under a number of drugs, but Ignatia and Asafoetida have it the most prominent. The convulsive symptoms of Ignatia are as varied as the moods of the drug; there may be only a slight convulsive movement about the throat in drinking , or there may be severe spasms with clenched hands and blue face greatly resembling those of Cuprum. The return to consciousness is always accompanied by a sigh and a deep inspiration. Fear and grief are prominent symptoms of the hysteria of Ignatia; it is a long suffering grief and the patient is aggravated by the constant nursing of it. Another interesting and, one may say, hysterial point about Ignatia is the numerous contradictory items found in its pathogenesis. Thus we have headache relieved by stooping, soreness of the teeth better by eating, sore throat better from swallowing, fever without thirst and chilliness relieved by uncovering ; the cough is even contradictory, for the more the patient coughs the more he wants to cough, and it is only stopped by an effort of the will. In fact, the Ignatia patient is very much like what Sir James Paget described hysteria to be, namely: “It says ‘I cannot.’ ‘I will not’; but it really is ‘I cannot will.’ ” Richet says all mediums are chosen among the “grandes hysteriques.

Asafoetida -One of the characterizing feature of hysteria is the globus hystericus, or the sensation of a ball in the throat. Asafoetida has this symptom very prominently. It seems with this drug to be a sort of reversed peristalsis and it is especially the remedy if the nervous symptoms be in any way due to the checking of habitual discharges. Another important symptom of Asafoetida is the accumulation of flatus in the abdomen; it passes upwards and causes oppressed breathing. Owing to this the symptom is found that this ball-like sensation above referred to, starts from the stomach and rises to the throat , and it is naturally made worse by overeating and by motion. It is a bursting feeling, as if everything would come out of the mouth. Hysterical colic is, therefore, well met by Asafoetida. Magnesia muriatica has some of these symptoms; flatus collects and rises like a ball in the throat, almost preventing breathing ; relieved by eructations. With Asafoetida the patient swallows continually to keep the lump down, and this gulping adds to the difficulty in breathing. There is a great deal of restlessness and anxiety with Asafoetida and a changeable mental condition. The muscles jerk and twitch. The entire system is over-sensitive. Hysterical convulsions due to suppression of discharges will often indicate Asafoetida. Predominance of the throat symptoms should lead one to think always of Asafoetida.

Moschus -Fainting is the great keynote of Moschus. When hysterical attacks are found with fainting, other drugs may be indicated. Asafoetida may be indicated , Cocculus, Ignatia or Nux moschata, but in most cases Moschus will be the simillimum. It is especially the remedy for the paroxysm. The stimulation of tetanic spasms, the unconsciousness or frequent swooning will point to Moschus. Hughes says no remedy is as good as Moschus for this condition, and Dr. J. Heber Smith termed it an indispensable remedy in hysteria. Muscular twitchings are present and violent spasm or constriction of the chest. She may even turn blue in the face, foam at the mouth and be chilly. Moschus, too, has a profuse discharge of pale urine, the globus hystericus, headache and flatulent symptoms. Oftentimes the fainting and loss of consciousness will apparently be due to the pressure of gas on the solar plexus of the sympathetic; violent eructations of gas occur in these cases and relieve. Uncontrollable laughter is also a symptom of Moschus, also the alternate moods of joyfulness and sadness. Sexual desire is increased and symptoms of Nymphomania or Satyriasis may be present. Hysterical attacks or hiccough may be met by Moschus, and in the loud eructations in nervous hysterical people it is said to be our best remedy. A mental condition of Moschus is a tendency to scold and the patient scolds himself into a fit. Palladium is another remedy for strong language and scolding. To sum up, Moschus is indicated by the fainting, by the suffocative attacks by the crying and laughing, globus hystericus, profuse pale urine, and by the sudden attacks of unconsciousness. Another remedy of an animal origin similar to Moschus is Castoreum, and this remedy also presents a long line of nervous symptoms. It suits in many instances the symptoms which precede hysteria such as an irritable weakness. Those who are on the borderland of hysteria may be benefited by Castoreum.

Tarentula- Among the animal homeopathic medicine for Hysteria — and they are all great produces of nervous symptoms — the spider poisons stand first in the production of symptoms simulating hysteria. Perhaps the most marked of these is the Tarentula Hispana, not the Tarentual Cubensis, which is the carbuncle remedy, but the Spanish spider. This remedy is useful in hysteria; the paroxysms are apt to be feigned, and the patient has immoderate attacks of uncontrollable laughter. The most prominent symptom of the drug, however, is restlessness and trembling of the limbs; the patient is compelled to keep continually on the move. There is excessive hyperaesthesia, the spine is sensitive, the ovaries are sensitive, and there is apt to be nymphomania. It has been found useful in hystero-epilepsy, which, by the way, is quite a rare affection. Theridion and Mygale are two of the spider poisons which may be found useful in hysterical conditions; the great predominating sensitiveness to noise will call Theridion to mind, and the chorea-like twitchings will suggest Mygale. Tarentula will be easily recognized by the constant motion of the extremities, perhaps by the fact that music soothes, by a constrictive headache, and by the feigned fits of uncontrollable laughter. For great fidgetiness of the feet, thinks always of Zincum valerianate; it is our best remedy for this condition. It is a common symptom in hysterical condition where chronic uterine disease is present.e.t.c