Most of us have some degree of fear when it comes to water. Typically, we overcome those fears or learn ways to cope with them. But if you have aquaphobia, or the fear of water, you live with a persistent and abnormal amount of fear and anxiety that prevents you from even getting close to water.

Aquaphobia is a specific phobia. This is an irrational fear of something that doesn’t cause much danger. You may have aquaphobia if you find that any source of water causes you an excessive amount of anxiety. This can include a swimming pool, a lake, an ocean, or even a bathtub.

Aquaphobia is often mistaken for another phobia called hydrophobia. Even though they both involve water, aquaphobia and hydrophobia aren’t the same.

Hydrophobia is an aversion to water that develops in humans during the later stages of rabies. 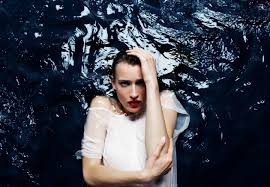 The National Institute of Mental Health estimates that specific phobias affect 19.2 million adults in the United States. Women are twice as likely to experience them than men.

Many adults who live with a specific phobia, such as aquaphobia, begin developing symptoms related to their fear in childhood or adolescence.

Seeing water can trigger intense fear and anxiety in a person with aquaphobia. This could be a very small amount of water, like what’s found in the bathroom sink, or a large body of water, such as an ocean. The amount of water isn’t what causes the phobia. It’s the water itself that creates the fear and resulting anxiety.

Some of the more common symptoms of aquaphobia include:

The causes of specific phobias aren’t well-understood. However, there’s some evidence that phobias can be genetically inherited. If you have a family member who has a mental health condition, such as anxiety or other phobias, you may be at risk of developing a phobia.

Aquaphobia is often caused by a traumatic event during childhood, such as a near-drowning. It can also be the result of a series of negative experiences. These typically happen in childhood and aren’t as severe as a traumatic experience.

The treatment should be started with this remedy. One dose of 200 dilution may be given and should, after 4 hours, be followed by other indicated remedies mentioned below.

Most violent delirium. The patient is furious, he strikes, bites, tries to escape, and, if opposed, fights like a demon. Throat dry, red, glazed and painful. Aggravation from cough, light and jar. A remedy for the first stage.

The same symptoms as in Bell, but in a milder form. Stramonium has an aggravation from not only attempting to drink but even from the sight of water. It is the characteristic symptom of this medicine. A low muttering delirum. A remedy for the second stage. Hydrophobia due to the bite of rabid animals.

When there is persistent insomnia and constant choreic movements of the muscles of the throat.