Balanitis is an inflammation of the glans or the head of the penis due to infection or another cause. Balanitis can be uncomfortable and sometimes painful but it is not serious usally. It is a common condition in boys under the age of 4 years and uncircumcised men are at the highest risk but it can happen at any age. Women can also have balanitis, as the term is used to describe an inflammation of the clitoris. 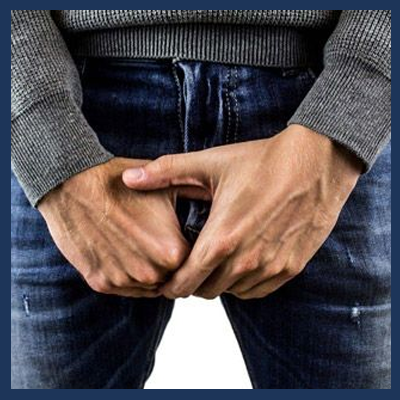 Soreness, irritation, and discharge may occur under the foreskin 2 to 3 days after sexual intercourse.

There are three types of balanitis:

Zoon’s balanitis : Inflammation of the head of the penis and the foreskin. Usually affects middle-aged to older men who have not been circumcised.

Circinate balanitis : Normally occurs as a result of reactive arthritis.

Pseudoepitheliomatous keratotic and micaceous balanitis: Characterized by scaly, wart-like skin lesions on the head of the penis.

Infection with Candida albicans is the most common cause Candida is the fungus that causes thrush.

Other infections that can cause balanitis include:

SKIN CONDITION
Lichen planus a skin disease with small,itchy, pink or purple spots on the arms or legs

In very rare cases, balanitis has been linked to skin cancer.

Irritation of the skin of the glans can lead to inflammation.

Washing daily and drying the penis carefully so no moisture remains under the foreskin helps reduce the risk, although excessive genital washing with soap may aggravate the condition.

Diabetes -increases the risk of infections especially if blood sugar levels are poorly controlled. If glucose is present in urine, some of it may remain on the foreskin. Glucose helps bacteria multiply more quickly.

Phimosis- is when the foreskin is too tight and it is difficult or impossible to retract it or pull it back fully over the glans. Sweat, urine, and other substances can accumulate under the foreskin, causing irritation and allowing germs to multiply. Phimosis is rare in teenage and adult males.

Unprotected sex, poor hygiene and having a urinary catheter also increase the risk. A woman who has vaginal thrush can infect a man, increasing the risk of developing balanitis.

Balanitis is easy to treat but complications can occur in some cases.

A foreskin that does not retract can be the result of long-term, untreated balanitis.

The earlier treatment is sought, the better the outlook will be.

To prevent infections the head of the penis and the foreskin should be kept clean and dry. Daily washing, with particular attention to cleaning the penis, is essential.

Here are some hygiene tips:

If symptoms appear to be linked to substances present in condoms or lubricants, there are condoms available for sensitive skin.

It is best to use non-biological washing powder for underwear and to make sure all the detergent is rinsed out. People who work with chemicals or have traces of potential irritants on their hands should wash them before using the bathroom.

APIS MEL : Useful medicine for balanitis with marked inflammation and swelling of glans.Given for inflammed foreskin attended with an intense burning and stinging pains.There is thin discharge which may present under the foreskin.Useful for painful urination with

CALADIUM : Useful for cases of balanitis with marked redness of glans.Given when glans is covered with reddish spots  and there is marked dryness.Very useful for foreskin which is swollen and sore especially along the margins.There is biting pain while urinating.

MERC SOL : Useful for balanitis where there is marked swelling and painful sensitivity of the glans and the prepuce.There is small vesicles present on the glans and prepuce. There may be oozing of fluid from these vesicles along with a burning sensation.Also useful for thin milk-like discharge under glans penis. Severe burning on urination may also be felt.

RHUSTOX : Useful for balanitis where there is dark red swelling of the glans and prepuce which is attended with a lot of pain.Th is itching and stinging sensation on the prepuce.Also given for moist vesicles.

CINNABARIS : Useful for Balanitis where there is itching attended with redness and swelling of the glans and prepuce.There is fetid, yellow-green discharge under the prepuce.

SULPHUR : Useful for balanitis where there is marked itching and burning on the glans and prepuce. There is  swellling and redness in glans and prepuce with discharge of fetid pus.Also useful for offensive sweat which is present around the genitals in most cases.There is copious secretion of fetid smegma may be present.

RHODODENDRON : Very useful for cases of balanitis along with throbbing and shooting pain under the glans.There is crushing pain felt in glans penis with swollen and enormously distended like a bladder.There is slight discharge from the glans.