Hepatitis is a disease characterized by inflammation of and injury to the liver. Hepatitis has many causes, including misuse of alcohol and drugs, but viruses are the most common cause.

Alcohol and other toxins

Excessive alcohol consumption can cause liver damage and inflammation. This is sometimes referred to as alcoholic hepatitis. The alcohol directly injures the cells of your liver. Over time, it can cause permanent damage and lead to liver failure and cirrhosis, a thickening and scarring of the liver.

Other toxic causes of hepatitis include overuse or overdose of medications and exposure to poisons.

In some cases, the immune system mistakes the liver as a harmful object and begins to attack it. It causes ongoing inflammation that can range from mild to severe, often hindering liver function. It’s three times more common in women than in men. 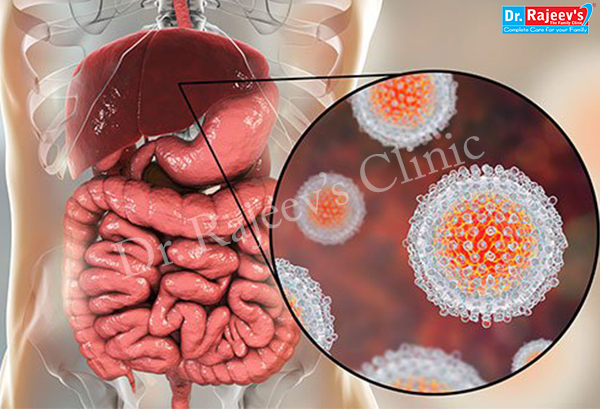 Symptoms of viral hepatitis  generally last two to six weeks. Severe cases can lead to liver failure and death. But most patients--even those with severe hepatitis--eventually recover completely. In some patients, the disease becomes persistent and is called chronic hepatitis. People with chronic hepatitis may experience mild, vague symptoms of fatigue and poor appetite. Chronic hepatitis can lead to a liver disease called cirrhosis, and it is also a major cause of liver cancer.

Hepatitis A is a highly contagious disease, but it is rarely fatal. It is also called infectious hepatitis. Hepatitis A is extremely common in developing nations. Outbreaks often occur due to unsanitary conditions, such as contamination of food or the water supply. The serum gamma globulin can prevent hepatitis A if given before or soon after exposure to the virus. A vaccine that prevents hepatitis A is available. It is recommended for high-risk groups, including international travelers and some military personnel.

Hepatitis B is the best-known form of viral hepatitis. It can be severe and often develops into chronic hepatitis and cirrhosis. Hepatitis B is spread by close personal or sexual contact with an infected person, or by exposure to infected blood. It once was commonly transmitted through transfusions of contaminated blood. However, tests that detect the virus in blood have largely eliminated this danger. A vaccine that prevents hepatitis B is available, and public health experts recommend that all children be vaccinated against the disease. Doctors use a drug called alpha interferon to treat chronic hepatitis B.

Hepatitis C is the most common cause of chronic hepatitis and a major cause of cirrhosis. Experts think many cases result from using contaminated needles for injecting illegal drugs, tattooing, or body piercing. Hepatitis C often leads to chronic hepatitis, cirrhosis, or liver failure. Since a blood test to detect this virus became available in 1990, infection is rarely transmitted by blood transfusions. Hepatitis C is treated with drugs called alpha interferons .

Hepatitis D is the most serious and also the rarest form of viral hepatitis. It only infects people who also have hepatitis B. Many cases of hepatitis D are fatal, and most chronic cases lead to cirrhosis. Hepatitis D most commonly occurs among intravenous drug users, who can catch the infection by sharing hypodermic needles.

Hepatitis E often occurs in epidemics that can be linked to poor hygiene and contaminated water. It is particularly likely to lead to serious illness in pregnant women. The disease has been reported almost exclusively in developing countries.

homeopathy is strongly recommended in cases of hepatitis. These medicines have proved the efficacy in treating a wide range of viral infections.