The normal length of a woman's menstrual cycle is 28 days, but this varies between individuals. Irregular menstruation is when the length of the cycle is more than 35 days, or if the duration varies.

A period, or menstruation, is the part of the menstrual cycle in which the endometrium, which is the lining of the uterus, is shed. This appears as bleeding from the womb that is released through the vagina.

Periods usually start during puberty, between the ages of 10 and 16 years, and they continue until menopause, when a woman is 45- to 55-years old.

Irregular periods, also called oligomenorrhea, can occur if there is a change in contraception method, a hormone imbalance, hormonal changes around the time of the menopause, and endurance exercises.

A menstrual cycle lasts around 28 days, but it can vary from 24 days to 35 days, depending on the individual.

Most women have between 11 and 13 menstrual periods each year. Bleeding usually lasts around 5 days, but this too can vary, from 2 to 7 days.

When menstruation first starts, it can take up to 2 years to establish a regular cycle. After puberty, most women's menstruation is regular. The length of time between each period is similar.

However, for some women, the time between periods and the amount of blood shed vary considerably. This is known as irregular menstruation.

The main symptom of irregular menstruation is when the cycle is longer than 35 days, or if it varies in length.

If there are changes in blood flow, or if clots appear that are more than 2.5 centimeters in diameter, this is also considered irregular. 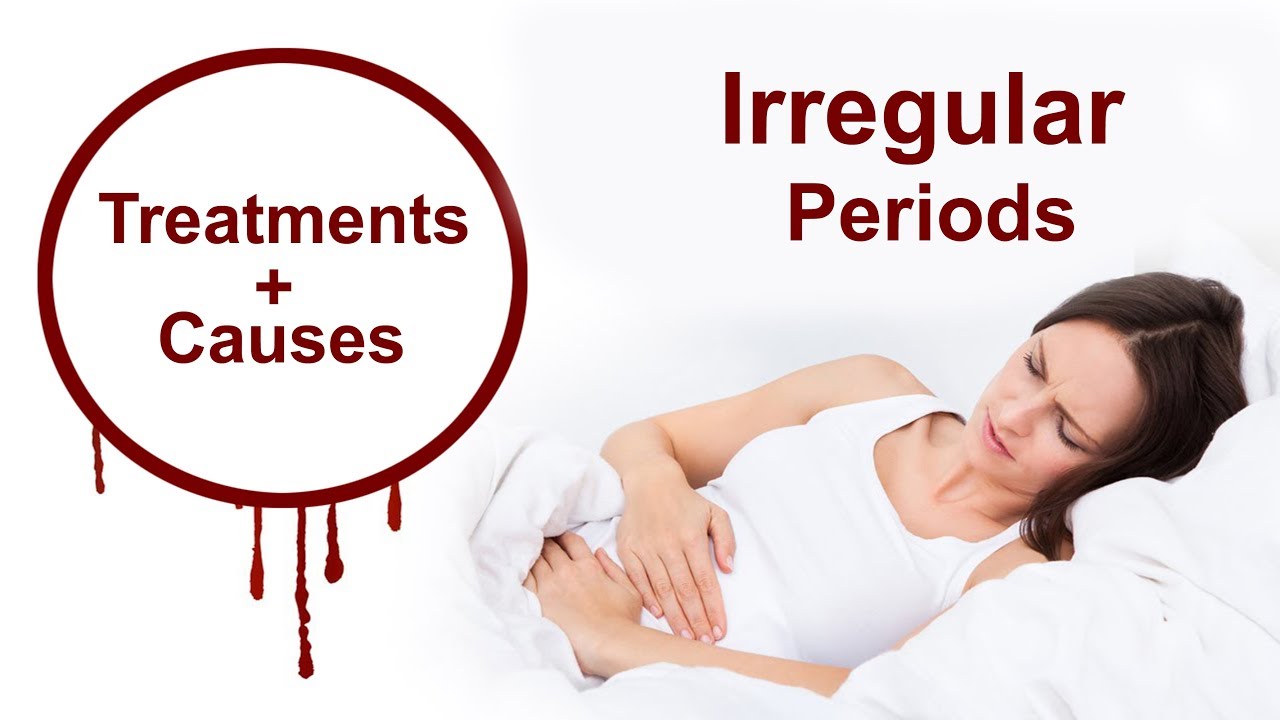 A number of factors increase the chance of irregular menstruation. Most relate to hormone production. The two hormones that impact menstruation are estrogen and progesterone. These are the hormones that regulate the cycle.

Life cycle changes that influence the hormonal balance include puberty, menopause, pregnancy, and childbirth, and breastfeeding.

During puberty, the body undergoes major changes. It can take several years for the estrogen and progesterone to reach a balance, and irregular periods are common at this time.

Before menopause, women often have irregular periods, and the amount of blood shed may vary. Menopause occurs when 12 months have passed since the woman's last menstrual period. After the menopause, a woman will no longer have periods.

During pregnancy, menstruation ceases, and most women do not have periods while they are breast-feeding.

Contraceptives can cause irregular bleeding. An intrauterine device (IUD) may cause heavy bleeding, while the contraceptive pill can cause spotting between periods.

When a woman first uses the contraceptive pill, she may experience small bleeds that are generally shorter and lighter than normal periods. These usually go away after a few months. 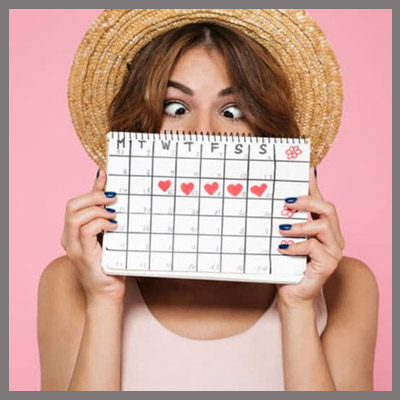 Other changes that are associated with irregular periods include:

A number of disorders are also linked to missed or irregular menstruation.

Irregular periods can sometimes indicate a health problem, and some of these can lead to further problems, such as fertility issues.

Polycystic ovarian syndrome (PCOS) is a condition in which a number of small, fluid-filled sacs known as cysts develop in the ovaries.

A woman with PCOS does not ovulate, and she does not release an egg every month. Symptoms include irregular or no periods, obesity, acne, and excess hair growth.

Women with PCOS have unusually high levels of the male sex hormone, androgen, or testosterone.

According to the Office on Women's Health at the United States Department of Health and Human Services, PCOS affects between 10 percent and 20 women of reproductive age, or up to 5 million American women. Girls as young as 11 years old have been diagnosed with PCOS.

A thyroid disorder can cause irregular periods. The thyroid gland produces hormones that affect the body's metabolism.

Cervical or uterine cancer, or cancer of the womb, may, in rare cases, cause bleeding between periods or during sexual intercourse.

Endometriosis is a condition in which cells that are normally found inside the uterus, called endometrial cells, grow outside it. In other words, the lining of the inside of the uterus is found outside of it.

Endometrial cells are the cells that shed every month during menstruation, so endometriosis is most likely to affect women during their childbearing years.

The cellular growth involved in endometriosis is not cancerous. There may be no symptoms, but it can be painful, and it can lead to other problems. If released blood gets stuck in surrounding tissue, it can damage the tissue, causing severe pain, irregular periods, and infertility.

Pelvic inflammatory disease (PID) is an infection of the female reproductive system. Among women, it is the most common and serious complication of sexually transmitted infections (STIs), apart from AIDS.

Maintaining a healthful lifestyle can help reduce the risk of some of the causes of irregular periods.

Useful for premenstrual problems with puffiness in the extremities, fluid retention and a bloated feeling in abdomen.Given when woman may feel very awkward and clumsy, and may constantly be dropping things because of swollen-feeling hands.Very useful for diarrhea occurring around the time of the menstrual period.

Useful for PMS with fatigue, anxiety, and a feeling of being overwhelmed.Given when woman may have problems with water-retention and weight gain.There is tenderness in breasts, digestive upsets, and headaches. Given when periods often come too early and last too long, sometimes with a flow of bright red blood. There is general feeling of chilliness, with clammy hands and feet, and cravings for sweets and eggs

Useful for PMS include congestion, headaches, flushing, surges of heat, and an intense outspoken irritability often with strong feelings of suspicion or jealousy. When the flow arrives, it may be heavy, but brings relief of tension. Intolerance of restrictive clothing around the waist or neck is another indication for Lachesis.

Useful for PMS with a craving for sweets and a ravenous appetite (sometimes a bulimic tendency).Also there is digestive upsets with abdominal bloating and flatulence are often seen, with the person feeling worst in the late afternoon and evening.Given when menstrual periods may be delayed, followed by a heavy flow that goes on for extra days.Suited to those woman who wears a worried look and lacks self-confidence.There is desire to be alone, but with someone in the other room.

Helpful during many conditions involving hormonal changes and is often helpful to girls who have recently started having periods. Very useful for PMS with irritability, moodiness, and weepiness is typical.Given when delay or suppression of the menstrual flow can be accompanied by queasy feelings, nausea, and faintness.

Useful for PMS with mood swings associated with irritability and poor venous circulation.