Cervical dysplasia is a condition in which healthy cells on the cervix undergo some abnormal changes. The cervix is the lower part of the uterus that leads into the vagina. It’s the cervix that dilates during childbirth to allow the fetus to pass through.

In cervical dysplasia, the abnormal cells aren’t cancerous, but can develop into cancer if not caught early and treated. 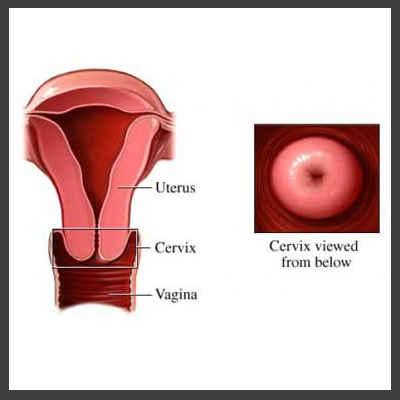 A common virus called human papillomavirus (HPV) causes cervical dysplasia. HPV is a sexually transmitted virus, and there are hundreds of strains. Some are low-risk and cause genital warts.

Others are high-risk and cause cell changes that can turn into cervical dysplasia and cancer.

Cervical dysplasia generally cause no symptoms. Regular gynecological visits including a pelvic exam and Pap test can identify the conditions. Then your physician can help manage them before they turn cancerous. In some cases, the body clears HPV infection on its own.

Symptoms of cervical cancer usually do not appear until abnormal cervical cells become cancerous and invade nearby tissue. The most common symptom is abnormal bleeding that starts and stops between regular menstrual periods, or that occurs after sexual intercourse, douching, or a pelvic exam. Other symptoms may include:

There are several risk factors for cervical dysplasia, some of which relate directly to the risk of HPV:

If some one sexually active, a condom might reduce the risk of getting HPV. But the virus can still live on the skin surrounding the genitals not covered by the condom.

Homeopathy is one of the most popular holistic systems of medicine. The selection of remedy is based upon the theory of individualization and symptoms similarity by using holistic approach. This is the only way through which a state of complete health can be regained by removing all the sign and symptoms from which the patient is suffering. Cervical dysplasia symptoms treatment that can be selected on the basis of cause, location, sensation, modalities and extension of the complaints. Some important remedies are given below for Human Cervical dysplasia symptoms treatment:
Calcarea-Carbonica, Lycopodium Clavatum, Mercurius, Nitric Acid, Sepia Officinalis, Thuja Occidentalis ,e.t.c