Marfan syndrome is a genetic disorder that affects the body’s connective tissue. Connective tissue holds all the body’s cells, organs and tissue together. It also plays an important role in helping the body grow and develop properly. 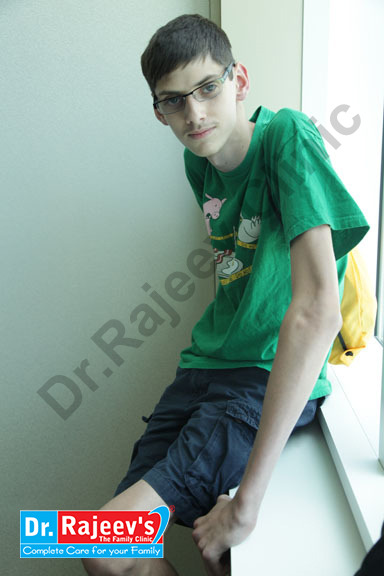 Connective tissue is made up of proteins. The protein that plays a role in Marfan syndrome is called fibrillin-1. Marfan syndrome is caused by a defect (or mutation) in the gene that tells the body how to make fibrillin-1. This mutation results in an increase in a protein called transforming growth factor beta, or TGF-β. The increase in TGF-β causes problems in connective tissues throughout the body, which in turn creates the features and medical problems associated with Marfan syndrome and some related conditions.

men and women of all races and ethnic groups.

The signs and symptoms of Marfan syndrome vary greatly, even among members of the same family. Some people experience only mild effects, but others develop life-threatening complications. In most cases, the disease tends to worsen with age.

Marfan syndrome features may include:

Marfan syndrome is caused by a defect in the gene that enables the body to produce a protein that helps give connective tissue its elasticity and strength.

The most dangerous complications of Marfan syndrome involve the heart and blood vessels. Faulty connective tissue can weaken the aorta — the large artery that arises from the heart and supplies blood to the body.

Eye complications may include:

Marfan syndrome increases the risk of abnormal curves in the spine, such as scoliosis. It can also interfere with the normal development of the 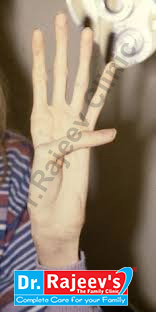 ribs, which can cause the breastbone to either protrude or appear sunken into the chest. Foot pain and low back pain are common with Marfan syndrome.

Marfan syndrome can weaken the walls of the aorta, the main artery that leaves the heart. During pregnancy, a woman's heart is pumping more blood than usual, and this can put extra stress on a woman's aorta — which increases the risk of a deadly dissection or rupture.

Homeopathy treats the person as a whole. Treatment is constitutional. It means that homeopathic treatment focuses on the patient as a person, as well as his pathological condition. It balances the energy system, improves immunity and body functions. Some of the homeopathic medicines that can be used for treatment of Marfan Syndrome are: