this is a rare disorder found at birth (congenital) involving abnormal development of blood vessels, soft tissues (such as skin and muscles), bones, and the lymphatic system. The main features include a red birthmark (port-wine stain), overgrowth of tissues and bones, and vein malformations with or without lymphatic abnormalities. 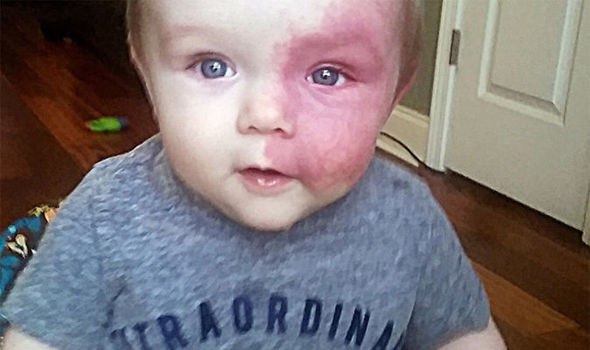 Klippel-Trenaunay syndrome is a genetic condition. It involves genetic changes (mutations) most commonly in the PIK3CA gene. These genetic changes are responsible for development of tissues in the body, resulting in overgrowth.

KTS is not usually inherited. The gene mutations occur randomly during cell division in early development before birth.

Family history doesn't seem to be a risk factor,

this is like that parents of one child with Klippel-Trenaunay syndrome will have another child with the disorder, even if one of the parents has KTS.

Complications of Klippel-Trenaunay syndrome can result from abnormal development of blood vessels, soft tissues, bones and the lymphatic system;

Chronic pain. Pain can be a common problem that results from complications such as infections, swelling or vein problems.Fluoric acid